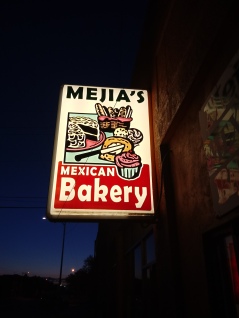 This morning I said goodbye to my good fried 152W and started on 60 W, my route around Amarillo and to Albuquerque.   My directions were precise but I decided to follow the 60 W road signs rather than my Google directions.    Ultimately this lead me to Interstate 27.   Once I realized that I was once again on an interstate I moved off to a frontage road that  paralleled my intended route of travel.   I wanted to make it to Hereford but it is still about 40 miles from Canyon and didn’t want to have another 100+ day without resting a bit.   Concerned that at some point my muscles may rebel and don’t want to get to that point.    I did get 74 miles today which isn’t too bad for a rest day.

Google maps tells me that I am 1,082 miles from LA and 1,241 miles from Candlewood.   These aren’t accurate as the route varies widely and I show I have pedaled 1490 miles to date which is more than 200 miles off.   The big takeaway is I am getting closer to LA.

That’s a wrap for today.    Need to start doing a better job on my route planning as the towns are getting farther apart and need to ensure I get water periodically.

Hope your day is amazing!

I am a 63 year-old man with 3 kids, two grand kids, and a beautiful supportive wife. I love adventure and have hated cancer since it took my dear mother away several years ago and continues to attack family, friends, and neighbors. I am taking a stand in 2018 to make a significant statement, with your help, that cancer WILL NOT STAND! View all posts by thescottskid